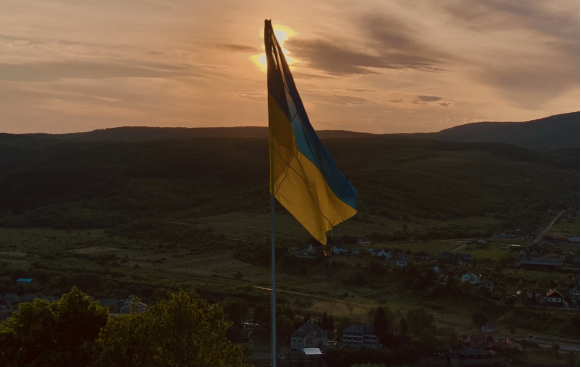 THE RECENT KEY AMENDMENTS TO CONSTRUCTION AND LAND LAW

Ukrainian Parliament has adopted the draft Law On Amendments to Certain Laws of Ukraine on Priority Measures for Reforming Urban Development (№7282 dated April 13, 2022) which introduces amendments to some laws of Ukraine on priority measures to reform the urban planning activity and particularly is aimed to solve the following problems: creation conditions for temporary residence of internally displaced persons, reconstruction of housing and settlements affected by the russian invasion, as well as relocation (evacuation) of enterprises from the war zone.

It is expected the draft Law will be signed by the President of Ukraine.

PROGRAM OF INTEGRATED REHABILITATION OF REGION, TERRITORY OF TERRITORIAL COMMUNITY (ITS PART)

The draft Law introduces a new special type of urban planning program – the Program of integrated rehabilitation of region, the territory of a territorial community (it's part) (hereafter – the Program) which shall determine the main spatial and socio-economic priorities and a set of priority measures to restore settlements and territories affected by military aggression against Ukraine or socio-economic, infrastructural, environmental or another crisis. Please note the Program shall not be considered urban planning documentation.

The program of integrated rehabilitation of the region shall be adopted under the decision of the head of regional state administration as an online document to be downloaded to the Construction Activity Register. This program shall include a thorough analysis of the negative consequences of hostilities, terrorist acts, sabotage, emergencies on the territory of the respective region, the economic feasibility of infrastructure rehabilitation, proposals on changes in the functional purpose of areas, and production facilities evacuation, etc. The program shall be publicly discussed and adopted by the relevant regional council.

At the same time, the Program of integrated rehabilitation of the territorial community (its part) shall be developed under the relevant decision of the executive body of the village or city council as an online document to be downloaded to the Construction Activity Register. This program is related to a specific territorial community (it's part) affected by hostilities. The program is to be adopted by the respective urban planning authority of the regional state administration and approved by the relevant village or city council. This document shall be also the ground for developing/amending local urban planning documentation. It should also be noted the program is not subject to strategic environmental assessment and consideration by the architecture and urban planning council.

INSPECTION OF REAL PROPERTY DAMAGED DUE TO THE HOSTILITIES

The draft Law also regulates the construction of temporary shelters – low-rise (up to two floors) prefabricated buildings with lightweight structures (mobile, container or combined type, etc.), which meet the minimum requirements set by the Cabinet of Ministers of Ukraine and can be dismantled and moved with or without reuse. The temporary shelters shall be located according to the approved placement schemes. Due to the draft Law, a placement scheme is an online document drafted by a certified architect to be downloaded to the Construction Activity Register. A placement scheme may be drafted even without or despite urban planning documentation, it also is not subject to strategic environmental assessment, consideration by architecture and urban planning council, and public discussion. A placement scheme is to be agreed by the respective urban planning and architecture authority of village or city council (in some cases – city state administration) and approved by the relevant village or city mayor or the head of local military administration.

Please note that temporary shelters (complexes) are not recognized as construction or real property.

LAND PURPOSE FOR THE PERIOD OF MARTIAL LAW

For the period of martial law, the land purpose may conflict with the functional land purpose specified in the urban planning documentation (except for some cases) by:

- the placement of production facilities of relocated enterprises evacuated from the combat zone;

- the placement of river ports (terminals) on the Danube River (under certain conditions);

- the storage of waste from the destruction caused by hostilities;

- the placement of multimodal terminals and production and handling complexes (under certain conditions).

A decision on the possibility/impossibility of any of the above placements is made by the respective urban planning and architecture authority free of charge within 10 business days following the relevant application. Such a decision is considered a special type of urban planning conditions and restrictions (in this case they are not required) and is valid until construction commissioning.

On May 12, 2022, Parliament adopted draft law No. 7289 aimed at simplifying the provision of land law for the needs of the national economy, agricultural sector, and citizens of Ukraine for the period of martial law under the strict conditions.

One of the key points of the draft law is to speed up and simplify the lease of state and municipal land plots (without the land auction) for the placement of:

- production facilities of relocated enterprises evacuated from the combat zone;

- river ports (terminals) on the Danube River (under certain conditions);

The list of enterprises that could lease the land plots upon the above conditions is to be defined under the common decision of regional (Kyiv city) military administrations (the one from where and the one to where such enterprises are relocated).

The municipal land plots under the temporary shelters for internally displaced persons are provided for permanent use to the executive bodies of the village and city councils. Meanwhile, the placement of temporary shelters and related networks would become possible on all categories of land plots (except nature reserves and other environmental protected lands, historical and cultural lands, and forestry lands).

The draft Law also provides the rules for setting and changing the land purposes for the period when the State Land Cadaster is temporarily banned. In such case, the relevant application on changing land purpose shall be emailed by an executive authority/local authority that adopted the decision on changing land purpose to a district military administration that registers such changes in the Land Tenure and Land Use Registration Book. Pursuant to the above draft Law the Ministry of Agrarian Policy and Food of Ukraine gets the right to suspend and resume the State Land Cadastre for security reasons as well as to impose restrictions on the powers of state cadastral registrars and other features of maintaining the State Land Cadastre for the period of martial law.

The draft Law also provides the right to unimpeded and free access for operators of technical infrastructure facilities to land plots of all forms of ownership where these facilities are located is granted to maintain them in proper condition. The list includes gas transmission and distribution system operators, distribution and transmission system operators, centralized water supply and sewerage companies, heat-generating, heat transporting, heat supply companies, and electronic communications operators.

It is expected the draft Law will be signed by the President of Ukraine.

The information contained in this overview is not intended to provide legal advice and should not be relied on or treated as a substitute for specific advice concerning individual situations.