KPD CONSULTING Law Firm has successfully represented the interests of the leading leasing company of Ukraine in court. As a result of consideration of the case the debt for the actual use of the leased object, as well as losses suffered by the Client have been recovered from the unscrupulous debtor in favor of the Client. It should be noted that according to the previous long-term court practice, the courts refused to recover damages since they never considered such damages inevitable in the leasing legal relations.

Thus, the Grand Chamber of the Supreme Court ruled that upon termination of the lease agreement non-performance or improper performance of the obligation to immediately return the asset is evidence of illegal actions of the lessee. Therefore, the rights and obligations of the lessor and the lessee shall transfer from the regulatory legal relations into the sphere of protective legal relations and be covered by legal regulation according to terms of the agreement and provisions of the legislation governing the consequences of non-performance of property obligations for immediate return of the leased asset.

The Grand Chamber of the Supreme Court ruled that in case of early termination of the lease the provisions of the agreement shall be applied, which require the lessee to pay the leasing company the difference between the value of the leased asset and payments remaining unpaid by the lessee under the contract. The said difference is a loss of profit.

Thus, the Grand Chamber of the Supreme Court pointed out the viability of provisions of the Civil Code of Ukraine and the Law of Ukraine "On Financial Leasing", which give the lessor the right to seek recovery of losses from the lessee in accordance with the law and agreement.

An example of how the court practice has decided to apply Article 22 of the Civil Code of Ukraine and the principle of freedom of contract on inclusion in the agreement an obligation of the lessee to reimburse damages is a commercial case in which KPD CONSULTING Law Firm has successfully represented the interests of its Client.

Thus, the court agreed with the arguments of the attorneys of KPD CONSULTING Law Firm that in order to apply such liability as recovery of damages there are all elements of a civil offense, in particular: misconduct of the lessee (failure to fulfill its obligations under the lease agreement), losses (lessor suffered additional costs to restore the rights violated by the lessee), the causal connection between the lessee's misconduct and damages (i.e., if the lessee had duly performed its obligations under the lease agreement, the lessor would not have suffered those damages) and the lessee’s fault (early termination of the agreement due to the actions of the lessee). The court granted the claims and recovered from the debtor damages caused by the latter in full in favor of the lessor (leasing company). 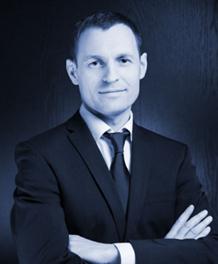 Should you have any questions with respect to above or require any additional information, please do not hesitate to contact Mr. Igor Kalitventsev (i.kalitventsev@kpdconsulting.com.ua). We will be pleased to assist You. The information contained in this overview is not intended to provide legal advice and should not be relied on or treated as a substitute for specific advice concerning individual situations.